We will  have tickets available for various  games through out the season, some  with transport provided, others where parents/carers take their child themselves. Letters will go out in advance as well as information  on the school website. If you are interested in tickets please speak to Miss Ellis.

Last year Fosse won a Rugby World Cup competition. The prize was a trip to the space centre where the students took part in activities based on rugby, also included in the prize were tickets to see the Canada v Romania match at the King Power stadium.

match at the King Power stadium. It was a fantastic experience for all and to be part of a making history match made it even more enjoyable. Romania managed to turn over a 15 point deficit ( No team had ever managed this in the history of the world cup ) and went on to win the game. It was a match of mixed emotions for our 56C students as their class team for the World cup was Canada but for a variety of different reasons, they were supporting Romania. Miss Hyde,  who accompanied the students  was extremely pleased as her class 1H,  had drawn Romania as their team for the world cup. The whole experience was amazing and a big thank you to everyone who made it possible.

Will Greenwood, Welford the Tiger's mascot and the premier league cup visit:-) 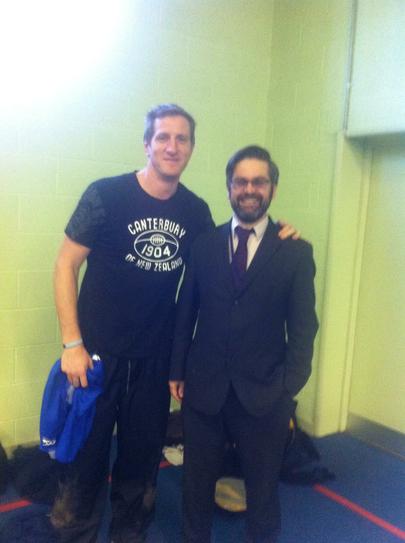 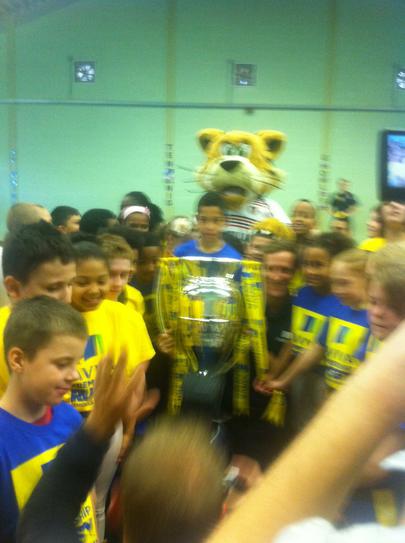