Throughout the school year we will be working with the Leicester City Football Club Community Development Team and also in collaboration with the English Premier League.  The coaches from LCFC deliver a programme to develop student’s physical literacy. Our work in partnership with LCFC has enabled a number of our students to progress to a variety of levels from the school team through to the Leicester City Elite Team.  The school football team is open to the Year 5/6 boys and girls, with a Year 3 / 4 development team. 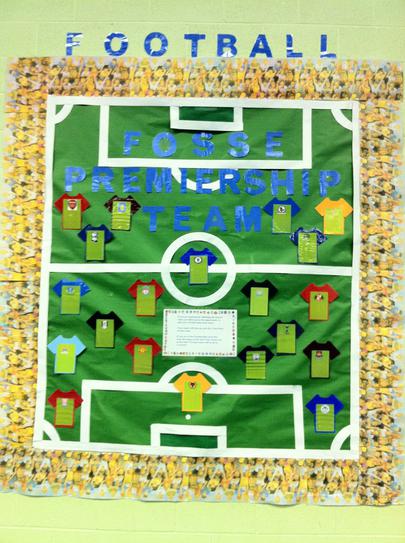 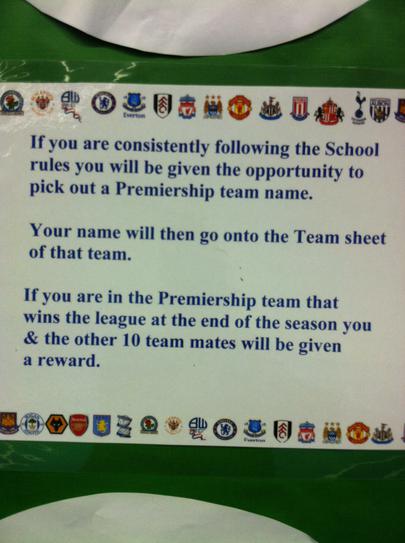 The Fosse Premiership Team was set up as a reward initiative. We wrote to all of the premier league clubs that were in the league and told them about it. Lots the clubs responded and they sent along some great gifts. We had pencils from West Ham, Diaries from Chelsea, signed photos from Liverpool and match day programmes from Sunderland. The FA heard about what we were doing and sent us lots of stickers, pencil cases and magazines. Everyone who got their name into  team received one of the prizes at the end of the season. The 11 students who were in the winning team, Manchester United, were given the opportunity to go to Old Trafford and watch Manchester United v Birmingham. The school provided the staff and transport and all of the students who went along had a fantastic day. We will be running this initiative again soon :-)
Top
Cookie information
Cookie Notice